Marie Séférian is the daughter of a chamber musician and a french chanson singer.
When she got three years old she began to play the violin. After ten years of violin lessons she decided to take piano and singing lessons. 2004 Marie started her studies in Jazz singing at the Conservatory in Enschede (NL). After two years she took the chance to change the school and moved to Berlin for studying at the Jazz Institute in Berlin. Besides the studies in Berlin she was part of the vocal group in the German Yamaha Big Band conducted by Peter Herbolzheimer.

She did a tour in Chile with her Trio Gerry Getz Chet in 2009 organized by the Goethe Institut. In 2010 she also did a tour in Libanon with her Quartett organized by the Goethe Institut. In 2009 she gained the scolarship from the Live Music Now Yehudi Menuhin  society and she sang for the german movie „Freche Mädchen 2“. In 2009 she did an Exchange with the Royal Conservatory Bruxelles and took lessons with John Ruocco. In September 2009 Marie Séférian won with her own Quartet the first Price of the Berlin Jazz Award.

In July 2010 she finished her studies in Berlin and continued her Master studies with Lauren Newton and Nils Wogram in Switzerland. In 2011 she released the album of her Band ‚Gerry getz Chet’ afterwards she was again on tour with the trio in Chile .

In summer 2011 Marie won the 3rd prize of the international Voice Competition in Zory (PL).

The Newpark Music Center in Dublin hired Marie as a Vocal teacher and Ensemble teacher.

In 2012 she got the Travel Award from the Irish Arts Council and took singing lessons with the indian singer R.A. Ramamani. In 2013 and 2014 Marie decided to take her summer break again in Bengalore to learn with R.A. Ramamani and to delve into the Indian music.

In 2013 Marie got a grant for one year to compose for a German French ensemble which consists of the French string quartet Equinoxe, the Berlin Bass player Tim Kleinsorge and the Columbian drummer Javier Reyes. In the same year she got a scolarship to compose at the Casa Zia Lina in Elba where she met the Filmmaker and Photographer Matthias Leupold.

In summer 2016 Marie got a scolarship from the Künstlerhaus Lukas where she composed music to poems of James Joyce. In the same year, Séférian won the composition residency Prize of the Bundesregierung Deutschland to stay for 6 month at the Cité des Arts in Paris.

In 2016 Marie went to Lebanon twice to make a documentary film with Matthias Leupold about the current situation of the Syrien Refugees in Lebanon. Beside the filmwork she had a concert tour with her Quartet and played in Tripoli, Jounieh and Beirut. The documentary film „The Song of the Valley“ was invited among others to the Courage Filmfestival Berlin 2020 , Fresco Filmfestival Armenia 2020 and Filmfestival Helsinki 2020.

In 2019 Marie started a Chanson duo project with her father Jean-Claude Séférian. The duo played among others at the Elbphilharmonie and the Nikolaisaal in Potsdam.

Besides her artistic work, Marie is teaching at the StuVo Berlin Mitte and at the UDK, Berlin. 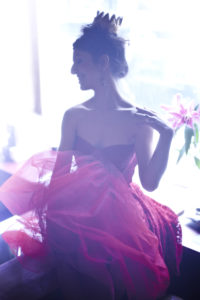 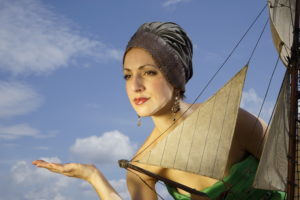 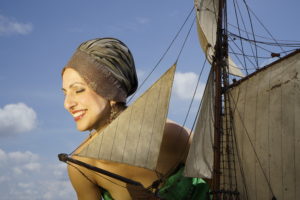 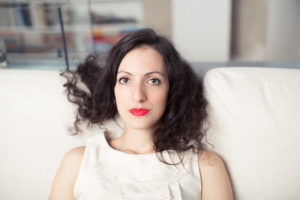